Reducing the toxicity of heavy metals and harmful chemicals in the water, the Fishlife Livewell Treatment helps reduce stress placed on fish during the handling process, calming them, and ensuring that they are in prime condition when they hit the scales. Even after the fish have been weighed, the Fishlife Livewell Treatment reduces the vulnerability to pathogens that could result in infection by enhancing the natural slime coat. 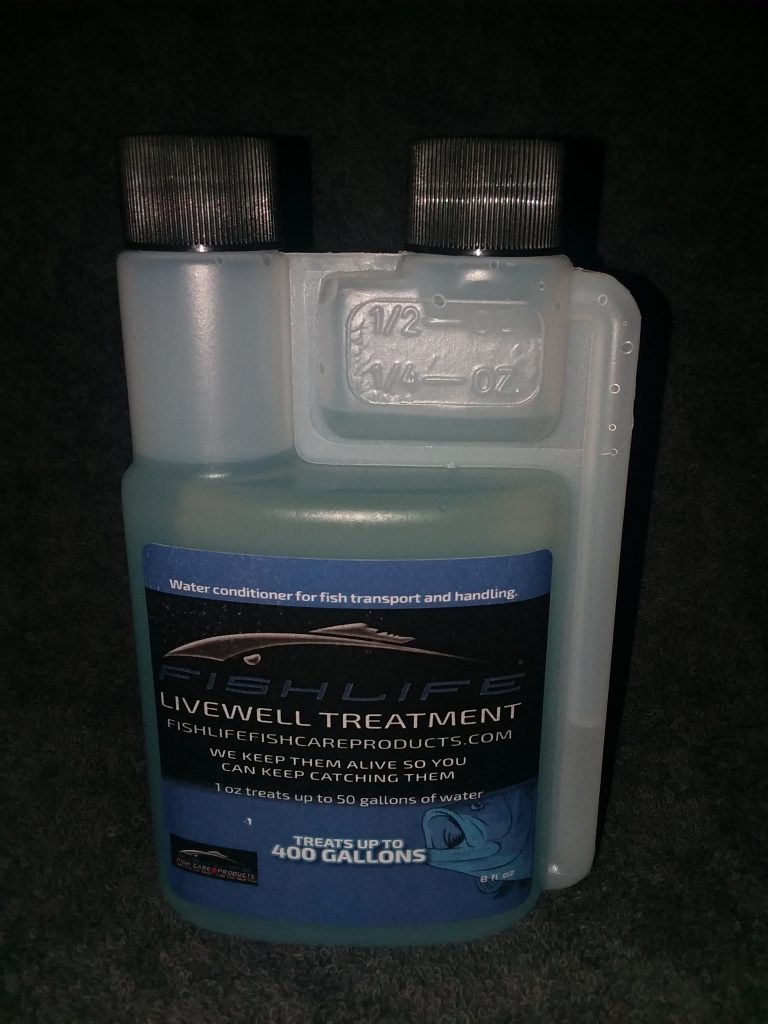 Made to stop the bleeding of gill & tongue hooked fish, the Fishlife First Aid  Treatment boost the health of the fish by promoting the healing process of hook wounds and helps prevent costly dead fish penalties and ensures the future of our sport. To use the Fishlife First Aid Fish Livewell Treatment, pour directly on the wound and wait a few seconds before placing the fish back into the water. You may need to repeat this process every 30-minutes or as needed to continue treatment. If there has been blood introduced to the live well water, immedately drain and refill the live well. 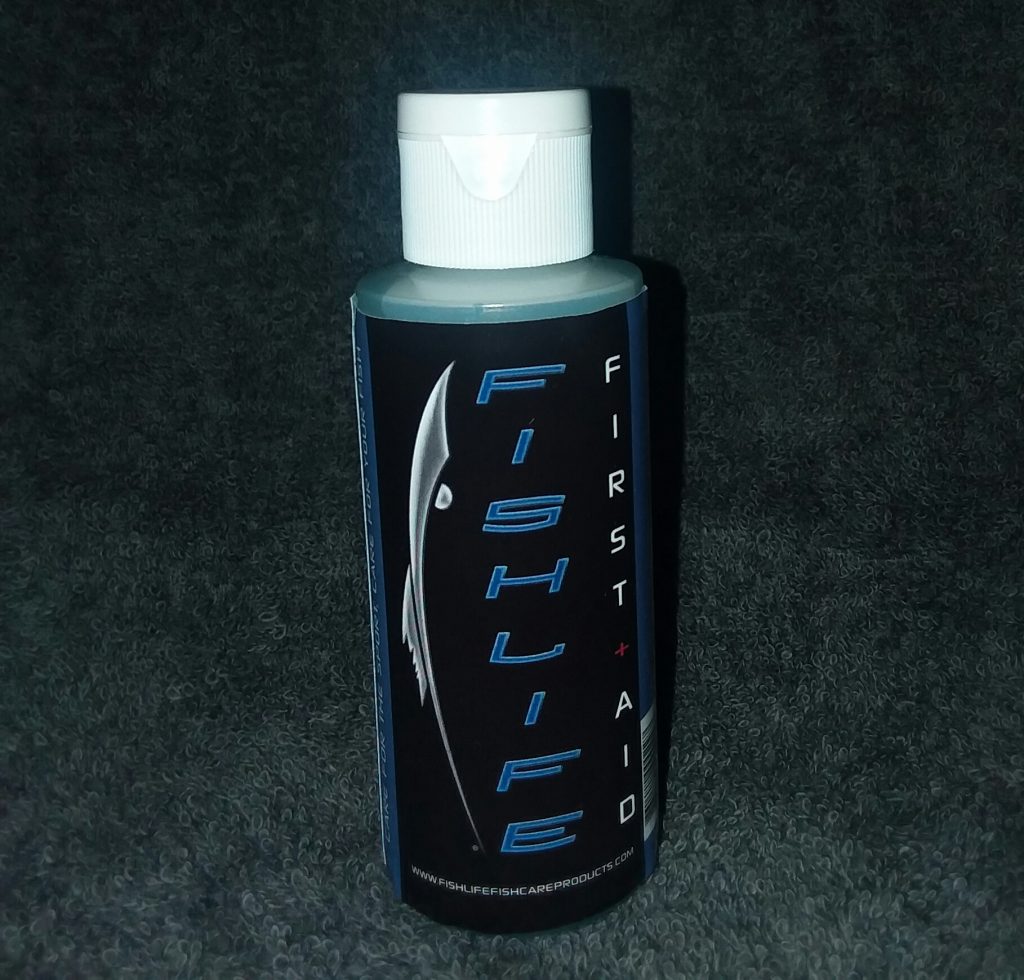 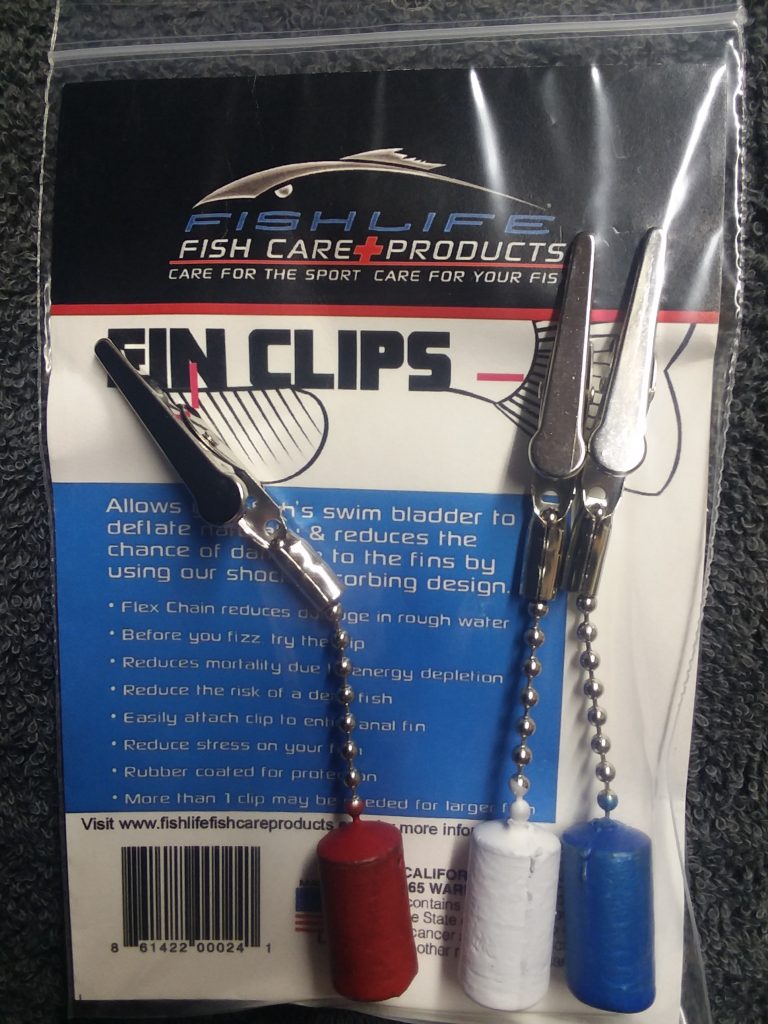 Built to deflate or “fizz” the swim bladder of the fish, the Fishlife Fizz Needles provide surgical-grade sharpness that will help keep your catch alive – and hopefully your shot of cashing a check as well. Made to the specifications of the Texas Dept. of Parks and Wildlife, the 2 pack of Fishlife Fizz Needles are perfectly sized at 18-gauge x 1 1/2″, making them easy to use and easy on fish.

When fish are caught in deep water or when they are brought to the surface quickly, their swim bladder can become filled with oxygen otherwise known as barotrauma. Signs of a fish suffering from an overinflated swim bladder usually includes rolling on their side or belly.  When a fish tries to right itself back into an upright position it can exhaust a lot of energy, which sometimes results in mortality.

To relieve pressure through fizzing, the blue tubes are made to trim to feel comfortable in your hand then lay the fish on its side and allow their pectoral fin to rest naturally. Count three scales from the furthest point on the fin towards the tail, insert the needle under the scale, raise the needle to 90-degrees, submerge the fish and the needle under water. If done correctly, the trapped air should be released through the tubing, allowing the fish to right itself and move around freely. Clean the needle with the included cleaning wire then put the cap back on and store away. Needles should be disposed of properly after no more than 6 usages because they will lose their surgical edge and will not make a clean incision any longer. Nothing stings more than a dead fish penalty during weigh-ins, especially when it costs you money, so protect your investment and your catch with the Fishlife Fizz Needles. Tournament Developed – Tournament Tested – Tournament Proven! 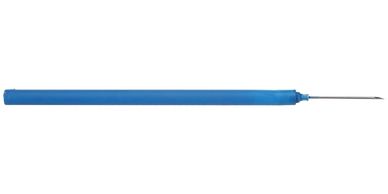 Specially developed to remove organic matter, fish waste, and biofilms from livewells, Fishlife Livewell Cleaner is an easy-to-use spray formula that cleans the inside of your livewell and doesn’t harm fish.  It can also be impelled into your livewell hoses and pump to remove matter from your entire livewell system. 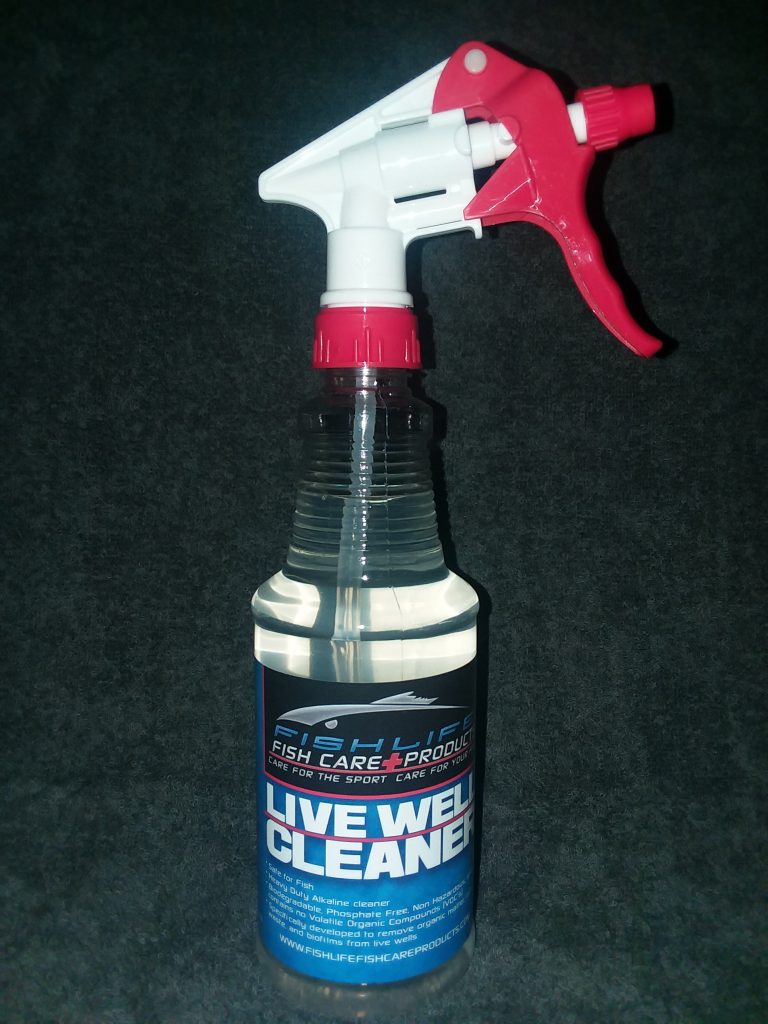 Everything you need to take care of your fish and make sure they are ready come weigh in time. You get everything pictured in a plastic, easy to store, waterproof box that takes up very little of the valuable space in your boat. Remember, Care for the Sport, Care for your Fish. Tournament Developed – Tournament Tested – Tournament Proven! 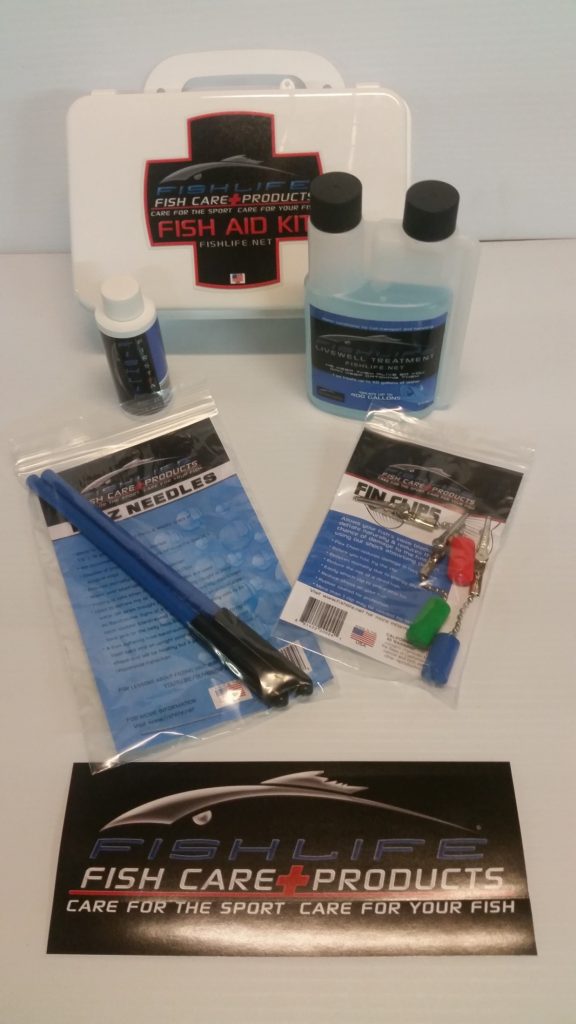 Show your support for Fishlife with a T-Shirt and matching hat! 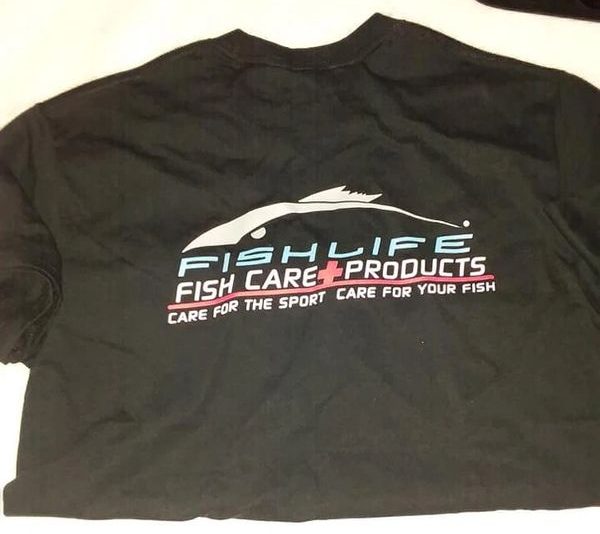 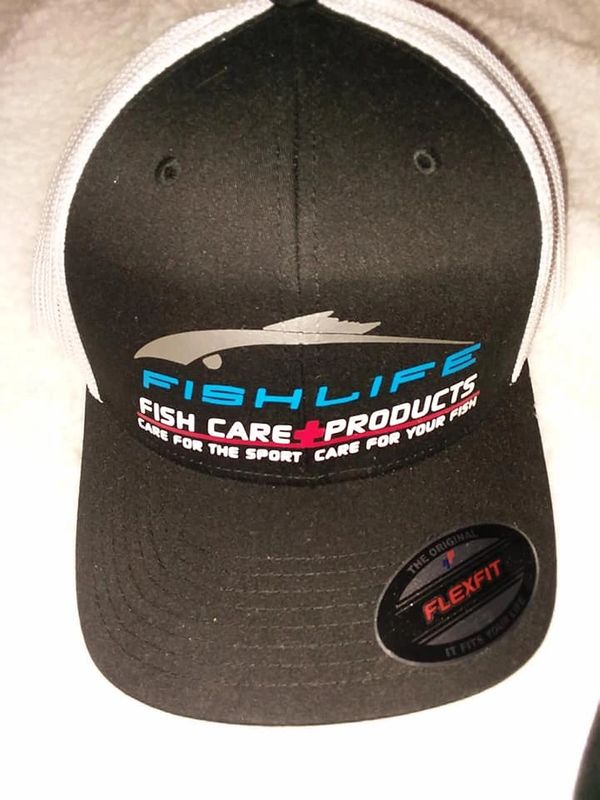